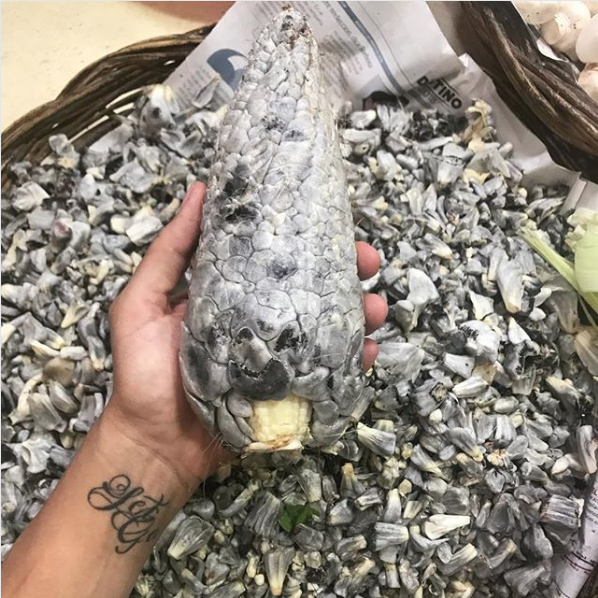 Unusual Mexican foods to try next time you visit Mexico

If you ever make it to Mexico (or when you make it), whether you’re just looking for some beach time or you plan to wander through colonial towns, you’ll find yourself in a country with a gastronomic scene so diverse it was declared Intangible Cultural Heritage by the UNESCO back in 2010.

Besides all the Mexican essentials like tacos, pozole, quesadillas, tlacoyos, huevos rancheros and tamales (which are mandatory), there are other unusual, lesser known exquisite treats you must try.

Here’s a short list of a few special foods that would be very hard to find outside Mexican territory.

This carb-on-carb delicacy is mostly found in the country’s capital, where people also call it Guajolota (which roughly translates as “female turkey”) and it makes up for a hearty, filling breakfast and a perfect start to your day.

You might’ve heard about other seafood-based dishes like fish tacos or tostadas but there’s another delicious way to eat the fruit of the sea in Mexico: Aguachile.

This unique dish has its origins in the northern coasts of Mexico and is a perfect way to cool off during a hot sunny day. Think of it as a spicy version of ceviche, with a citrusy brine that’s mixed with fresh or dried chilies such as chiltepín, (a tiny but incredibly hot pepper) and other vegetables, usually served along crispy tostadas and a cold beer. Technically speaking, is a parasite and when a corn ear is infected it overtakes it, leaving no kernel left unharmed as each turns into a delicious black-tinted mushroom.

For Mexicans it’s a rainy season delicacy, and even though it can be found pickled or canned in many countries, you must try it fresh, since textures and flavors change when it’s processed.

You can find it served along with corn kernels in dishes like quesadillas, pizzas, pastas and even some unique desserts and we could definitely try it if you go on the Good Morning CDMX! tour with me!

Even though mole is a dish you may find in some of the most authentic Mexican food restaurants, the offer is usually reduced to one single option: a dark, sweet and spicy mole.

Fact of the matter is, the variety of moles is enormous and their flavors are complex and unique to their regions. So when in Mexico, you could venture to try my favorite kind of mole, a green one, which (in most cases) is a pumpkin seed-based, green-ish, sumptuous sauce, usually paired with pork and potatoes.

To try delicious chilaquiles tortas, huitlacoche quesadillas and many other morning Mexican delicacies, while hanging out with a local in love with food, please check out my food tour website Devoured! and the Good Morning CDMX tour!